"Reign of suffering", the debut album from Sheffield’s MALEVOLENCE is viciously groove-laden, heavier than concrete and built for the pit. Influenced by the greats of PANTERA, CROWBAR, LIFE OF AGONY and INTEGRITY, MALEVOLENCE are the future of UK Crossover Metal uniting elements from Beatdown Hardcore over up-tempo thrashing elements and a bone-crushing heaviness even Death Metal fans should fall in love with immediately. Also available on limited golden vinyl.
Label: SIEGE OF AMIDA Records (UK)

Australia´s most notorious and successful Hardcore band is back with a new output. Comes in a limited edition double-CD version, consisting "The eary years" bonus disc with 10 classic hits incl. "Rep your hood", "Sex sells", "I hustle everyday" and many more. Their new record feat. many guest appearances like Freddy MADBALL, Hoya MADBALL, Lord Ezek aka Danny Diablo plus guys from ARCHITECTS and SUICIDE SILENCE.
Label: CENTURY MEDIA Records (D)

For the past eight years, TRC has reinvigorated the London, England underground scene with their unique blend of Hardcore/Metal Crossover and UK grime and Hip-Hop. Showing impressive variety and evolution in their songwriting, without losing their instantly recognizable sound, "Nation" does not disappoint. This is an album that makes a huge statement... that TRC is not only here to stay, but is one small step away from total world domination. Also available on limited clear vinyl.
Label: SIEGE OF AMIDA Records (UK)

HAMMERFIST (USA) "Zero stone" CD 10eur
Due to the fact that HAMMERFIST´s second release "Dead dreams" was never officially available in Europe, the band and RUCKTION Records decided to re-release those 5 songs with a bunch of new tracks. The new recordings feature some guest-vocals by Dre from DONNYBROOK and Davie from FORCE OF CHANGE. Raw and angry, fast and ultra-heavy Hardcore from these West Coast veterans, who are about to celebrate a decade in the game. This means 12 heavy Hardcore anthems comparable to SHATTERED REALM, CDC, FOLSOM, TERROR and DEATH BEFORE DISHONOR. 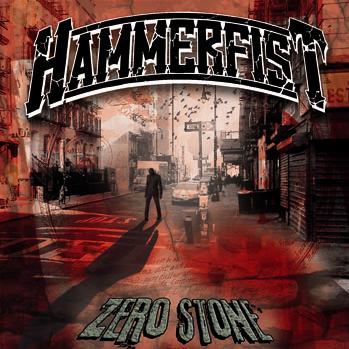 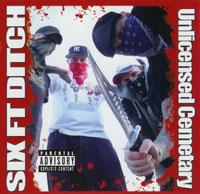 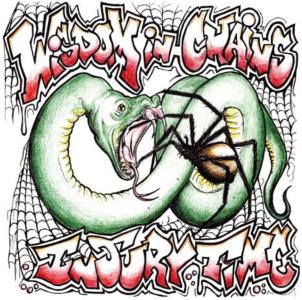 BURY YOUR DEAD (USA) "Cover your tracks" US-CD 11EUR
BURY YOUR DEAD´s debut on VICTORY Records. This is some riff-heavy, breakdown-havin Hardcore Mosh Metal for 2005. Lying somewhere between PANTERA and HATEBREED in the musical spectrum, "Cover your tracks" is intense, heavy and will have you banging your head and will send Hardcore kids into a moshpit frenzy. each song named after a Tom Cruise movie.
Label: VICTORY Records (USA)

DEATH BEFORE DISHONOR (USA) "Friends, family, forever" US-MCD 8EUR
DEATH BEFORE DISHONOR, the most active Hardcore band from the hot bed that is the Boston music scene, have been gaining rave reviews for their savage live show since their inception in 2001. Besides touring with such leading Hardcore acts as BLOOD FOR BLOOD, MADBALL and DEATH THREAT, these heavy Hardcore bruisers have put out two releases with independent SPOOK CITY Records. But 2005 is the new dawn of DEATH BEFORE DISHONOR.
Label: BRIDGE 9 Records (USA)

EMPIRE OF RATS (USA) "s/t" CD 10EUR
This a sample of a beat down, powerful and ripping Hardcore coming from Columbus (Ohio), an explosion of brutal aggression. EMPIRE OF RATS is comprised of members of some of Ohio's most notorious bands in PITBOSS 2000 & UNDER ONE FLAG and deliver Hardcore exactly the way one would expect from these dudes: Heavy and angry. For fans of 100 DEMONS, NAILS, RINGWORM and BURIED ALIVE.
Label: MARKED FOR DEATH Records (D)

KNUCKLEDUST (UK) "Universal struggle" CD 11EUR
It''s been 2 and a half years since the last KNUCKLEDUST release "Time won´t heal this" on BLACKFISH Records and "Universal struggle" is the final result of the hard work taken over that time period. Hardcore through and through with a strong NYC influence this has all the breakneck fast parts, earth shattering breakdowns and singalongs any HC, Punk or Metal kid could ever want.
Label: GSR Records (NL)

MURDER DEATH KILL (USA) "Fuck with us and find out" US-CD 11EUR
The demise of BLOOD STANDS STILL didn't stop some of the members, who reformed under the name MURDER DEATH KILL and set out to continue to bring the relentless breakdown, heavy Metalcore Mosh similar to 100 DEMONS, UNTIL THE END, HATEBREED and BURY YOUR DEAD. As the title of the album implies, these guys are here to make an impact and won’t be taking no for an answer. No nonsense, straight for the jugular Metalcore.
Label: MEDIASKARE Entertainment (USA)

MURDER DEATH KILL (USA) "Instigate infiltrate annihilate" US-CD 11EUR
Hailing from the windswept high desert of Victorville, (California) MURDER DEATH KILL follow up their already bone-crushing debut "Fuck with us and find out" with an even heavier and more powerful record, "Instigate infiltrate annihilate," which spans 15 tracks of metallic, mosh-inducing Metalcore along the lines of SUFFOKATE, BURY YOUR DEAD and HATEBREED.
Label: MEDIASKARE Entertainment (USA)

UNITED BLOOD (AUT) "Worthless" CD 10EUR
Brandnew follow-up to their 2010 debut full-length "Rise form the ashes" released on ONE LIFE ONE CREW Records. UNITED BLOOD, founded back in 2003 in Salzburg (Austria) play a heavy mix of metallic Hardcore and Beatdown Mosh somewhere between NASTY, FALLBRAWL, EMBRACED BY HATRED and IN BLOOD WE TRUST. Guest-vocals by Pelbu KNUCKLEDUST and Chris MUSHMOUTH & OUT TO WIN.
Label: MARKED FOR DEATH Records (D)