The Autarch / Soothsayer Split LP (limited to 300) is now available to order directly from our website at http://www.replenishrecords.com 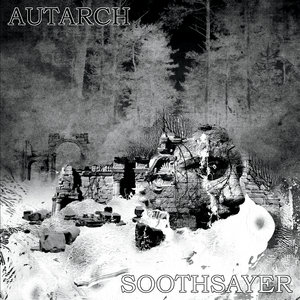 “Neo-crust is a fickle genre, often difficult to pin down in the grand scheme of extreme music. On one hand, it is short and aggressive with more melodic tendencies, calling to mind such acts as Tragedy and His Hero Is Gone. However, on the opposite end of the spectrum, it is a genre that revels in the space between the d-beats, an epic blend of doom and black metal, as well as crust punk, such as Fall of Efrafa and Nux Vomica. With the newest split from Pennsylvania-based Soothsayer and North Carolina-based Autarch, both sides of the spectrum are shown in full. Soothsayer focuses on the sludgy, drawn out end of neo-crust, crescendoing from desolate valleys to mist capped peaks. The tone is epic, rarely falling back on a simple d-beat pattern for much longer than a few seconds, and creating such massive soundscapes to do genre pioneers proud. On the other hand however, there’s Autarch, focusing more on the power-filled, intense blasts on the HHIG side of the spectrum. The overall music is intense and fast-paced, but carries a strong melodic edge, often blurring the line between crust punk and the more melodic leanings of black metal. The two styles mend well, different sides of the same coin, and provide a good starting place for anyone who might be new to the genre. While neo-crust may be a fairly new subgenre of extreme music, it’s exciting to see how much potential it has, especially when it comes to new acts such as Soothsayer and Autarch.” Heavy Blog Is Heavy

Formed in North Carolina in 2010, Autarch is a four-piece band from Asheville that combines elements of hardcore, crust, and post-metal to defy the limitations and expand the boundaries of each genre in order to forge their own path forward. From the unrelenting drums and enduring melodies to the undying screams of three different vocalists, the band evokes a palpable sense of urgency in order to contest the choices mankind has made in both the past and the present that pose a grave threat to our future.

Formed in Pennsylvania in 2014, Soothsayer is a five-piece band from Pittsburgh that combines elements of hardcore and crust to create an original sound that is all their own. The band ebbs and flows between heavy riffs and melodic passages in order to shed light on mental health issues, queer issues, gender identification, racism, and anarchism.

The Autarch / Soothsayer Split is now available through Replenish Records on black wax and limited to 300 copies. For more information about the bands, please visit http://www.autarch.org and http://www.facebook.com/soothsayerpgh and be sure to download the split for free in its entirety from our website at http://www.replenishrecords.com

DONATE - 100% of the proceeds from all digital downloads of the Autarch / Soothsayer Split LP will be donated to Southerners On New Ground in Atlanta, GA in order to help achieve LGBTQ liberation across all lines of race, class, abilities, age, culture, gender, and sexuality in the South. With your help, Replenish Records has raised thousands of dollars in support of nonprofit organizations all over the world who specialize in direct action, so we could not be more thankful for your profound sense of generosity and willingness to embrace our rather nontraditional approach to being an independent record label. For more information and to learn how you can make a difference, please visit http://www.replenishrecords.tumblr.com/ ... t-you-want

DISTRO - All of the items in our distro are currently 25% OFF for a limited time. The distro is overflowing with new titles from artists and labels all over the world including Amber, Anchor, Arse Moreira, Autarch, Batillus, Beau Navire, Black Everest, Black Table, Burning Ghats, Centuries, Cohol, Fell Voices, Finisterre, Geranium, Heartless, Heaven In Her Arms, Hexis, Holy, In The Hearts Of Emperors, Jungbluth, Landbridge, Lich, Pray For Teeth, Primitive Man, Recreant, Reka, Republic of Dreams, Resurrectionists, Titan, and many more! Check it out and be sure to get your hands on these distributed titles at a discount directly from our website at http://www.replenishrecords.com/distro